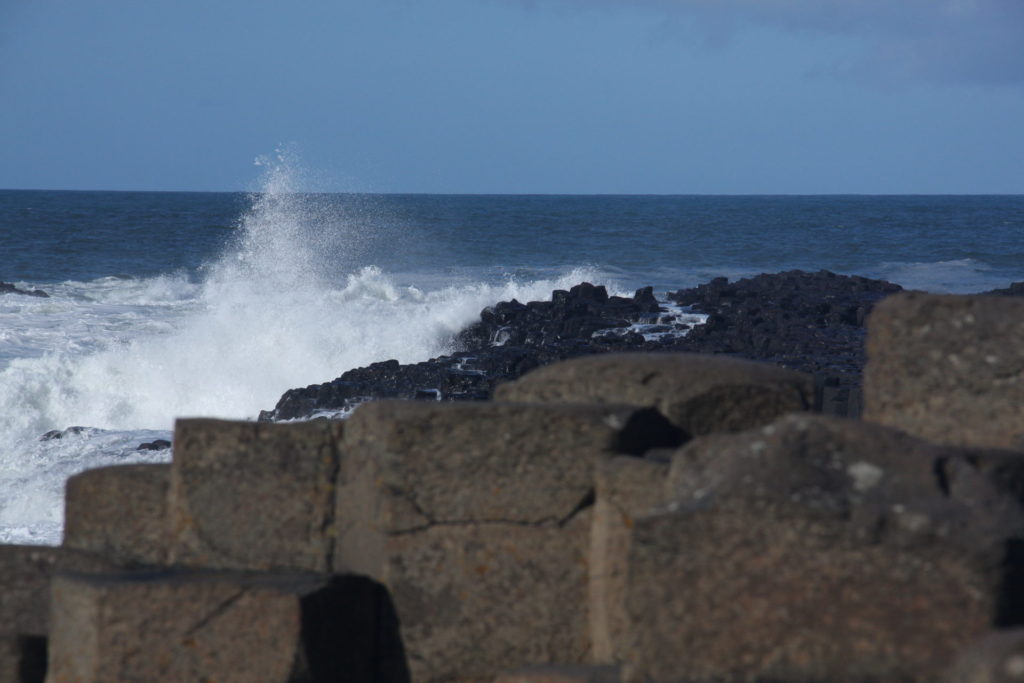 The renowned World Heritage Site at the Giant’s Causeway is at the end of a spectacular 5 mile hike along the Coast Path from Bayview Farm Cottages. Appropriate outdoor clothing and footwear and a reasonable level of fitness are required but for those who feel up to it, this walk is a must – and here are a few pointers…..

The first mile is along the quiet Feigh Road onto the Causeway Road for a short stretch until you reach Dunseverick Castle where you join the Coast Path and turn left towards the West. There is a car park here where you can leave your car should you not fancy the first bit, and also a bus stop to which the Causeway Coaster service will return you, if only walking one way.

A mile or so later you will come to Port Moon with small natural harbour and disused salmon fishery. The hut which can be seen here now serves as a bothy, primarily for canoeists, but the port can be accessed from the cliff path by a very steep narrow path through the gorse bushes – if you brave the scramble down this is such a cool place but perhaps for another day!

Benbane Head is the next waypoint, this being the most Northerly point of mainland Northern Ireland.

Around the half way mark there is a seat at the side of the cliff path should you need to rest, refuel or simply stop and enjoy the view.

Before arriving at the Giant’s Causeway itself take time to stop again at Port na Spaniagh, where the Spanish Armada galleon Girona sank in 1588 – yet another awesome spot along the route, albeit one which the crew of the Girona would have preferred not to visit.

The Giant’s Causeway, to save you time counting, is reported to consist of 37,000 hexagonal stone pillars. You may think your journey to reach it will take some time, but don’t worry I’m told that it was formed 60 million years ago, so it’s not going anywhere. It is worth staying on the upper path overlooking the Causeway for the best view before continuing to the Visitor Centre and finally to the stones themselves. After marvelling at the natural wonder of this place I would recommend continuing on the path eastwards, away from the visitor centre and using the 121 (I think) Shepherd’s Steps to ascend back to the cliff path.

If getting a bus back head back to the visitor centre and you will find a small pub called The Nook at the entrance to the car park. Opposite this is the bus stop where you will be able to get on the Causeway Rambler, or any other bus rolling East, back to Dunseverick – but you have probably earned a drink by now anyway!

This walk could take anywhere between 2.5 and 4hrs one way depending on pace and stops. The perspective is so different walking the opposite direction that is is really worth the walk back, even as a separate outing.

A view of Fair Head and Sheep Island off Ballintoy from Bengore Head taken during one of my walks along here recently – coastal scenery doesn’t get much better than this and no doubt the reason that blockbusters such as Game of Thrones have been filmed here.

The panoramic views below show the coastline looking East from the path in which Bayview Farm can (just about) be seen, and the bay the Causeway itself is in. 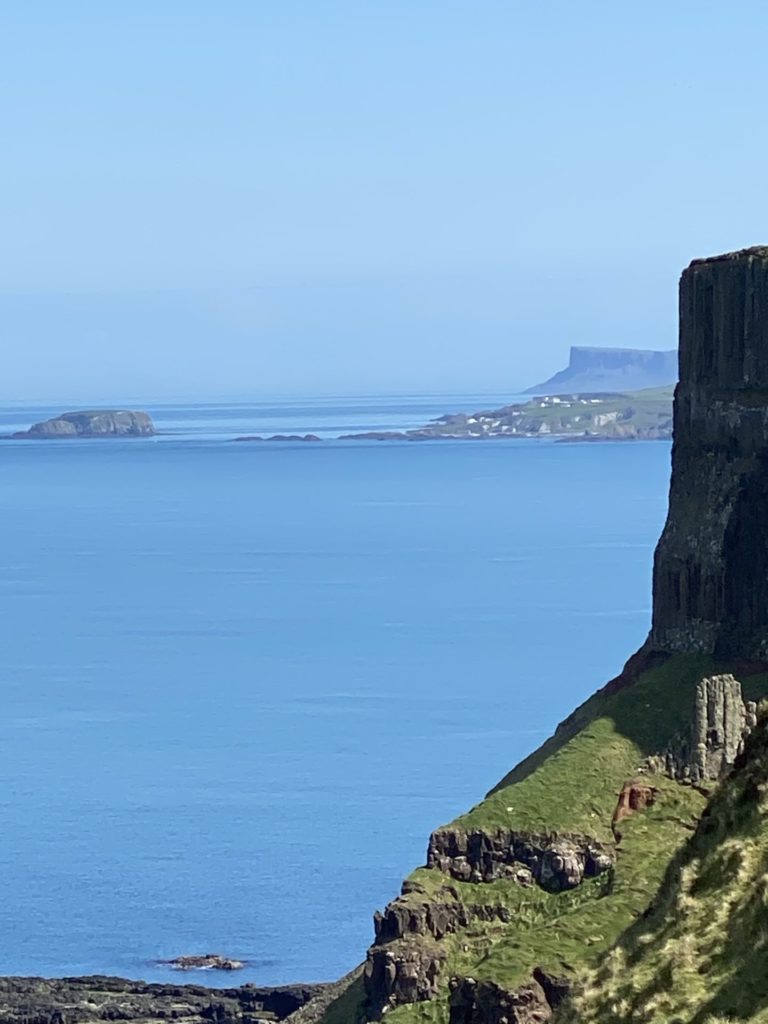 Please check The National Trust website for details of what attractions in the area are currently open. At time of writing it is possible to visit the stones at any time, however the Visitor Centre will not reopen until 3rd July and you will need to book a time in advance.

Ready for a holiday?

What are you waiting for!

Scroll to Top
This site uses cookies: Find out more.